Dentists, Humbugs and a Suitcase

We never seem to have enough time to do anything these days. I suppose it is a symptom of a busy life, pressures of a full-time job, or maybe it is just that we are getting older. All I do know is that it is almost exactly a year since we updated this production blog. Unbelievable, I know, but true nonetheless.

Have we been idly sitting by, gazing at our collective navels? Not on your nelly! We have packed the last twelve months full of theatrical shenanigans.

Firstly, there was the tour of The Dentist a new commedia by David Griffiths. We toured this to several venues in Yorkshire between February and April 2015. The project was a departure for the company as it was the first time that we have worked with an outside director. David Griffiths is a world renowned mask maker, and an authority on Commedia dell'Arte, and he made sure that we were as true to the style as possible. Our clever, collapsible set was designed by an HND Production Arts student, Aamta Waheed, and the cast included several alumni fromThe Northern School of Creative Industries. It was great to work with Josh Fyson, Sophia Kelly, Steve Normandale, and Dominic Scott on this project. 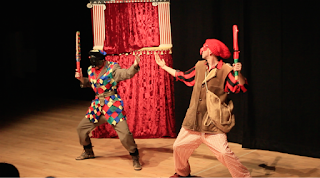 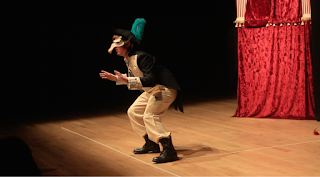 An extract from the production was chosen to be performed at a Higher Education conference in July 2015 as an example of staff and student collaboration in practical research.

In September 2015, as part of British Science Week, Paper Zoo were commissioned to work with educational writer, Kate Brennan from Act the Facts, on a new piece of theatre-in-education called Humbug Billy. The play, set in 1858, tells the story of Bradford sweet seller, William Hardaker - 'Humbug Billy' to his friends and customers - who unwittingly sold a batch of humbugs laced with arsenic leading to the death of 20 people. His case prompted new legislation pertaining to the labeling and sale of poisons. The issue of food adulteration has not gone away as recent news stories have shown. 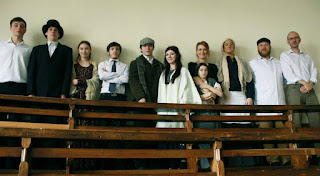 For this project the company was augmented with current HND Performing Arts students, Jason Rankin and Ryan Buck; alumni Sophia Kelly, Steve Normandale, and Richard Orange; lecturer Andy May; and a couple of the O'Keeffe kids! The performances also included live science experiments that invited the audience to try out various tests to identify mystery white powders. 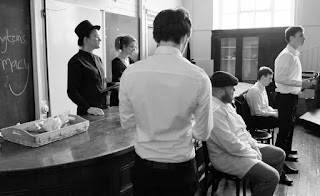 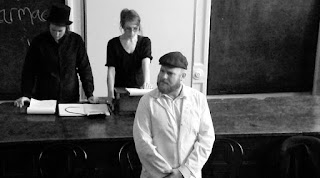 The project has now taken on a life of its own as it has been adapted for touring into Secondary schools. A successful tour was organised and the HND Performing Arts students from The Northern School of Creative Industries took the production into four local schools.

The latest project that we are working on is a production of Claire McIntyre's 1990 play, My Heart Is A Suitcase. Stuart Davies is directing, and we welcome back to the Company Rachel Greiff who last worked with the Zoo on Hard Times. Other cast members are Julia O'Keeffe, Kate Shackleton, Dominic Scott, and Sophia Kelly. We have lots to tell you about this play, and we promise that it won't be so long before we do. Keep an eye out on our website for details of the tour. We will update it as we confirm the venues.

As ever, thanks for stopping by and supporting Paper Zoo Theatre Company. We really appreciate it.