Confessions of a Drama School Auditionee

For this blog entry we have invited Emily Thornton, who has been an associate artist with the Company since 2008, to share some of her recent experiences of auditioning for drama school. 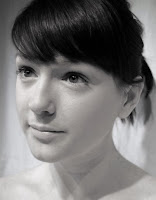 “My love of drama sprang from Drama lessons at school at 14 years old. I was desperately shy and it gave me confidence. I loved disappearing into a character, devising scenes with my classmates and just being silly. Soon after, I wanted to do more outside of school so I joined a local youth theatre group and began appearing in musical theatre productions.”
What did you gain from being part of the youth theatre?
“I think it is one of the best experiences a young person can have. It not only teaches team work and discipline but boosts self-confidence. Ever since then I have performed in amateur dramatics societies across West Yorkshire, playing a variety of roles in many different genres of performance including musicals, plays, short film and voice-over.”
So what was your next step?
“I left secondary school during the first year of sixth form. I had given it every effort but it wasn’t for me. I wasn’t extremely academic and I felt the teachers had not helped me develop to my full potential. I was getting top marks for practical studies in Performing Arts but low marks for exams. I believe that academic study isn’t for everyone. This should be made much clearer when Year 11 students are making their decisions about Higher Education.”
After leaving school what did you do?
“Children shouldn’t feel pressured to choose what other people think is right for them. I remember going to the Deputy Head’s office for him to sign a sheet so I could leave the school and he said, these words will never leave me, ‘We all have to make these mistakes, don’t we?’ And I thought, ‘No. This wasn’t a mistake because it taught me what I really want to do with my life’. With this in mind I decided to take a course in Performing Arts at Bradford College.”
It was there that we met.
“The course suited me down to the ground as the majority of it was practical. It was the best and worst two years of my life as it changed me as a person. I wasn’t the same person that walked onto the course in 2006.”
The best and the worst two years, you say? Was it worth it?
“I would recommend it to anyone! I even managed to come out with brilliant grades including my written work which had vastly improved.”
So, you gained your BTEC qualification. Which route did you take from there; university, drama school or employment?
“After leaving college, I felt drama school was the next move for me. I began applying and was rejected at every audition.”
How did that make you feel?
“I didn’t let it get me down. I was 19 and knew that I was still young. Drama schools often look for prospective students with life experience that might be in their 20’s. So I continued to apply the following year. Still nothing!”
You must have been disappointed.
“I was pretty fed up at that point. Although I knew I had to keep going so in the meantime I carried on with my part-time job and got involved with as much acting as possible. I auditioned for every amateur dramatics production going. But the problem with am dram is the politics. You have to be ‘a friend of a committee member’, or a ‘long-standing member’, or ‘the director’s girlfriend’ to get a part in a society you haven’t been involved in before. I kept plugging at it and started to get bigger parts. It’s all about perseverance.”
And what about your dream of going to drama school?
“During my third year of auditions, I was a lot more successful. I got two recalls at Italia Conti Theatre School and Royal Academy of Dramatic Art. I was overwhelmed and knew my hard work was paying off. Unfortunately they ended with rejections but I was so proud of what I achieved.”
So, five years on from leaving the sixth-form at school, do you still have the passion and the drive?
“I am currently in my fourth year of auditions and I have a great feeling about it. I’m working full-time to support myself and pay for the audition fees and train fares. I have a recall to attend at Rose Bruford in Easter and I’m awaiting letters from other auditions.”

Is there any advice that you would pass on to other people about to embark on their first round of auditions?
"To anyone who wants to follow their dream and pursue a place at a drama school, here’s a few do’s and don’ts that I have learnt along the way...
DON’T give up hope. If the first audition didn’t end with a recall, it doesn’t matter. Life goes on and you’ll have more fire in your belly for next time. Use it to spur you on.
DO take a gap year or two; if you’re 18, you’re probably too young. Unless you’ve had a really tough start in life, you don’t know enough about life to cover the broad range of emotions. You need to have lived a bit first. Get a job. Learn the values of money.
DON’T doubt yourself and be defeated before you go into the audition panel. It will show on your face.
DO be assertive and know EVERYTHING about your speeches because you don’t want to be caught out by a question and end up feeling stupid.
DON’T let other people’s comments make you lose faith in yourself. They might think you’re chasing a pipe dream but it’s your life!
DON’T worry, Judi Dench auditioned for drama schools four or five times before she eventually got in. Remember that!
DON’T go OTT! One thing I have learnt is the panel aren’t interested in big dramatic monologues where you’re dying of a terminal disease or sobbing your heart out. A truthful, genuine speech might not be earth shattering but its real and it can be more personal to you. If you understand the feelings that the character is going through then it will be delivered in down to earth way.  From what I’ve seen at auditions, those OTT people just end up going home before the afternoon recall.
DO wear dark colours. Patterns and bright colours are distracting. You might think it’s going to get you ‘noticed’ but it can distract from your speech. Keep it neutral.
DON’T worry if someone does the same speech as you, they will be doing it in a totally different way, which is THEIR way. Don’t try and adjust your speech. It will spoil your performance. Perform what you have rehearsed.
DO wear flat shoes, girls. I saw a girl wearing heels to a recent audition and she was asked to take them off during her speeches to make her more ‘grounded’.
DO take a deep breath before your speeches to the panel. I usually stand for about 5 seconds before I jump into a speech to calm my nerves and centre myself. I might feel like a long time but the panel will appreciate your performance much more. They need a moment to digest what you’re about to deliver and if you rush into it then they could miss the first part because you gabbled it."
Update: at time of posting, Emily has been offered a place at Italia Conti on their BA in Acting course, and has recall auditions at Rose Bruford and Birmingham School of Acting.
We wish her the very best of luck!
Posted by Damien O'Keeffe at 16:01 2 comments: